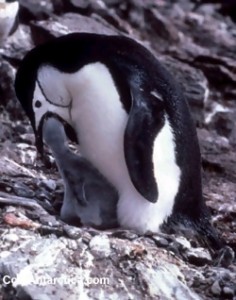 I AM THAT I AM loves me.
Earth Science. Biblical.

Antarctica, which is situated at the South Pole, is the coldest region on earth, it is surrounded with islands and seas, and covered with a thick sheet of ice. The ice sheet grows around the continent at the end of the Antarctic summers when the seas at the edges of the continent begin to freeze. Nearing the end of winter Antarctica shrinks as sheets of ice carrying young chinstrap and gentoo penguins begins to melt, and break up into glittering blue and white icebergs of many shapes and sizes which float away, upon the Antarctic sea. Sea-ice advances and retreats every year in Antarctica. There are chinstrap penguins living in Antarctica.

The chinstrap penguin is black and white. It is called a chinstrap because it looks as if it is wearing a little black cap with a thin black strap extending beneath the chin from ear to ear.

There are aproximately 7 million pairs of chinstrap penguins. They are located in the Antarctic peninsula and nearby southern islands. Chinstrap penguins are about 27 inches tall and weigh about 9 pounds.
There are seventeen species of penguins, of which, the chinstraps are regarded as the boldest, the most aggressive, and the most pugnacious.

Rookeries.
Every year during the Antarctic spring (October and November) millions of chinstrap penguins along with many other species of penguins returning to their islands, climb out of the sea and up steep slopes, jumping over large distances to return to colonies that they used in previous years. The penguins often nest in, or settle near, their old nesting sites.The first to arrive at the rookeries are the males, dominant birds pick the best sites for their nests by driving away other birds while waiting for the females to return. If the males previous mate does not turn up, the male mates with another female, however, if the old mate turns up after the mating, the two females fight over the male, and the strongest female wins.

Courting.
During courtship the males flap their flippers and stretch their bodies and necks up high.

Choosing the nesting site.
Chinstrap penguins build their nests on the rocky outcrops and hillside slopes that are first to become free of snow, which gives them sufficient time to raise their chicks. The penguins can breed on icebergs, but they prefer non-icy conditions. The penguins nests are close together with just enough walking space between them.

Building the nest.
When the penguins arrive at the colony they have a short time in which to breed, so they start building their nests immediately. They use bare ground, because there are no twigs or grasses available, and if the snow-melt is late, the number of nesting areas are limited.
The female makes a hollow inside of the nest, and the penguin couple squabble with other penguins as they collect, and steal pebbles and stones to pile on top of one another. The nests are circular, and the purpose of the pebbles and stones is to lift the eggs and the chicks above the bare ground so that they are not made wet by the descending waters of melting ice and snow. The behaviour of chinstrap penguins during breeding is aggressive.

Eggs & Incubation.
The female lays one or two, usually two, eggs in the nest in November or December and both the male and the female share the responsibility of incubating the eggs. The young chicks which are covered with a soft and fluffy light-grey down, hatch out of the eggs about 35 days later. Before chinstraps penguins begin to raise their chicks they are at their lowest weight.

While the chicks are in the nest one of the parents travels many kilometers from the colony, passing other penguins it climbs down over steep and fissured rocks as it heads towards, and dives into the sea from off flat surrounding rocks, where it feeds and collects extra food which it stores in its stomach and brings back to regurgitate for the chicks. Chinstrap penguins do not choose to feed the strongest chick, they treat each of the chicks equally, and each parent takes turns to fish and look after the chicks, who remain in the nest for around 20 to 30 days, until they are big enough to maintain their own body heat, and wander around the colony before joining a creche.

Tobagganing.
Chinstrap penguins standing on floating islands of ice, flop down onto their stomaches and tobaggan into the sea.

From the sea to the land.
With bellies full of krill for their chicks, little black capped chinstrap penguins raise their heads up out of the water, and they fight the foaming, rolling breakers that drag them back into the sea, and swimming through the water, they edge their ways closer to the land, where, feeling the ground beneath their feet, they stand up, and waddle to the shore.

Bouvet Island.
On the rocky beach of Bouvet Island Chinstrap and Macaroni penguins pass elephant seals, and barking seals as they trudge across and up over rocks to reach their nesting sites.

Home at last.
On reaching the colony the chinstrap penguin raises its beak to the sky and it sqawks and calls its mate and chicks, and the mate answers the call and when the penguins meet they greet each other and bow, and they turn their heads about, and the sqawking little chick, calling for food, thrusts its little beak into the parents mouth.

Creche.
When the chicks are about one month old they join a creche, and both parents go to the sea to eat, and collect food for the chicks.

Chick Food.
Chinstrap penguins are fed a diet which consists largely of krill. When a chick is hungry it nudges its parents beak with its own little black beak and squeaks, the behaviour of the chick encourages the parent to bring food up from its stomache and feed it.

Penguin chicks off to sea.
When the chicks are about seven or eight weeks (50-60 days) old (late February-early March) and the ice-sheets are breaking up, some little chinstrap penguins sit upon blocks of ice and fledge (lose their fluffy down and grow waterproof adult plumage) and float out to sea where they become food for marauding predators. (go off to sea where they have to fend for themselves).

Poor, little penguin off to fish,

In the big sea with whales and squid,

To birds and seals and great big fish,

This little penguin is a tasty dish.

Moulting.
Swimmming, diving, leaping in and out of water, tobagganing, and exposure to the sun, wind, rain and snow, wears out the chinstrap penguin feathers, so, every summer, the penguins stand or waddle about as their old feathers fall out and are replaced by new ones. The chinstraps would freeze to death in the icy cold Antarctic waters without their waterproof coats, so, while being unable to enter the sea and search for food the penguins fast (go hungry) for two or three weeks.

Icy Sea.
When the breeding season is over, and the chicks have grown and fledged, Chinstrap penguins and other penguins return to the icy waters of the sea. During Antarctic winters chinstrap penguins rest upon icebergs, and live among ice-floes in the sea. 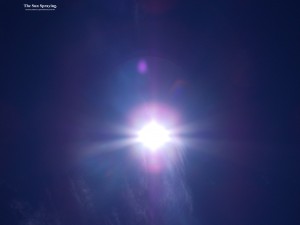 There are: Antennae & Camera’s in Gigantic Cables, of, The Gigantic Sun. 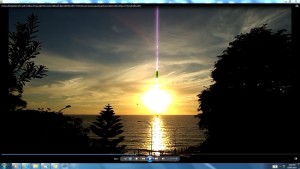 Thee are: Motors in the Sun!

Krill.
Krill which feeds on plankton (minute organisms which are found in the sea) is made up of around 80 different types of small shrimplike crustaceans. The mining of these crustaceans for the human diet should be outlawed, because the crustaceans, are a main, and absolutely critical, source of food in the diet of, and food chain of, much of Antarctica’s visiting marine life. 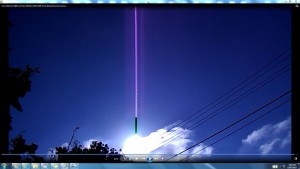 It stands to reason, that because I study [A wide variety of subjects, including the Bible.] the Sciences and Physics, and because “I am only learning about the Sciences and Physics, and The Sun” there will be errors within my works, however, Any errors within any of my “Bible Studies” or “other works” are “Definitely Not Intentional.“
Noelene Joy Rout 5.17 pm 28th September 2015

Cut & Paste: into your browser!
http://biblestudies-by-noelenejoy.com/index.php?p=1_517_Chinstrap-Penguins.

Because of the “warfare” I have been going through, with the devil, and his demon’s, I am aiming at, “24 hour a day prayer“ from people all around the earth, i.e. Where ever there are believing people around the earth, who read my pages, and study my work, and who listen to my Scriptures to Music, who pray for me, I am covering myself with the prayers of those persons, as well as, “Prayers from Others.” “Please” and “Thank YOU” for “YOUR” prayers.

Psa 148:4 Praise him, ye heavens of heavens, and ye waters .. above the heavens.

There are Antennae and Camera’s in Gigantic Cables that are above and beneath The Gigantic Sun. 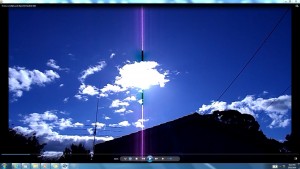