The Messiah. Page 98. Chapter 180. How did The Messiah say the Gentiles (Romans) were going to treat him? Part 4.

Any errors within any of my Bible Studies are “Definitely Not” intentional.

180. How did The Messiah say the Gentiles (Romans) were going to treat him? Part 4.

Conclusion from this Bible Study!

[See also! My Bible Study of the word “Prostrate” and its Biblical Meaning!] To see: The Messiah when he arrived at “Golgotha!”

Empathy [(The power of using your imagination, to enter into and understand the emotions of “The Passive, Loving and Kind, Considerate, Meek and Gentle, Gracious, and Compassionate, Merciful, Heavenly, Galilean, Jewish, Messiah, Yehôshûa‛ Yehôshûa‛, the Son of God” Innocent, “King of the Jews,” cut off probably, for the first time, in billions and billions of years from, the loving and comforting voices, and presences of, his Holy Supernatural Family with whom he was “ONE,” The LORD God Almighty, and his ten thousand times ten thousand, and thousands and thousands of pure, holy and righteous, sons and daughters, robed in purple, and wearing his “Crown of Thorns” with, aches throughout his sweating, bleeding, inflamed, torn and ripped, insulted, and abused, sexually molested, and raped and sodomized, [by the devils with their vibrating wires and devices] beaten, and bruised, with swollen cheeks, and swollen and bruised and inflamed eyes, and extremely terrified, and exhausted body, that had been grievously attacked by a crowd of Jewish men and slapped, and rapped, and cudgelled and beaten with fists and hands and bastinado’s, and battered from the beatings that he received at the hands of thousands and thousands of his once loving, but now despised by, supernatural brothers and sisters, in their own bodies, and  in the bodies of people such as, Chief Priests and Scribes and Elders and Rulers of his Nation, and their servants, and King Herod Antipas, son of Herod the Great, and his Galilean Men of War, and Pontius Pilate the Governor, with his Roman Flagellum, that gnawed into and ripped flesh from his coloured with yellow, and pink and red, and green, and purple etc,  bruises, and badly beaten body, and his mass of Roman Men, who scratched and pierced his forehead with thorns, and who beat him about his already battered, bleeding and aching head, that had been struck by an officer in the presence of  Annas, and others,  and beaten with sticks, at the Palace of Caiaphas the High Priest, and who, it appears?? molested, and sodomized, his young and childlike body, with a swollen face and bruised eyes, and plucked out hair, missing from his beard, [who knew everything that was going to happen to him!] when, with venomous words being continually dripped, and poured into his mind, by thousands and thousands of perverted, male and female anti Messiah devils, who came to help, and watch him die, and who, being able to become  i.e Jn 10:30  “ONE” with his body and mind, were manifesting themselves one after another, or group after group, and speaking as single entities, or groups, or with their thousands and thousands of voices upon one voice, within the depths of his mind, were telling him to die, and asking him, where his Father was now, as they attacked him, and hurt him, and accused him, and condemned him, and insulted, and shamed him, as they harassed him, and hurt him, with their foul mouths, whilst pouring their dirty filthy words, and pictures, into his once pure and innocent mind, as they sexuallly molested and raped [with their vibrating wires and devices] his weak, and exhausted, helpless body! And with loving, weeping, concerned, and helpless, family members, and disciples, and friends, surrounding him, [who could not see, or hear, the unseen Kingdom, of thousands, and thousands, of male, and female devils, who were also hurting him, and persecuting him, and also in the presence of the Chief Priests and Scribes and Elders and Rulers, and servants, and Galilean and Roman Men, and Sentries who had accompanied him to control the thronging Crowds, and watch and guard him until he died, when he finally reached Golgotha where he saw the hole in the ground that had been dug for his grave, and Simon, laying, his Instrument of Capital Punishment, upon the ground! 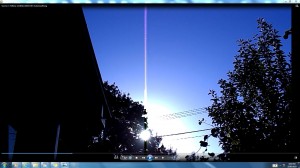 Mar 15:34 And at the ninth hour Yehoshua cried with a loud voice,

saying, Eloi, Eloi, lama sabachthani? which is, being interpreted, My

God, my God, why hast thou forsaken me? Massive Cables of the Gigantic Sun. 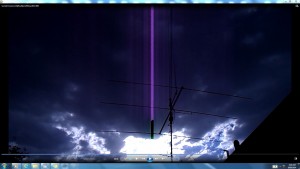 Massive Cables of the Gigantic Sun.

Mat 27:47 Some of them that stood there, when they heard that, said, This man calleth for Elias..

Mat 27:48 And straightway one of them ran, and took a spunge, and filled it with vinegar, and put it on a reed, and gave him to drink.

Mat 27:49 The rest said, Let be, let us see whether Elias will come to save him.

Luk 23:46 And when Yehoshua had cried with a loud voice, he said, Father, into thy hands I commend my spirit: and having said thus, he gave up the ghost.

Mat 27:51 And, behold, the veil of the temple was rent in twain from the top to the bottom; and the earth did quake, and the rocks rent;

Mat 27:52 And the graves were opened; and many bodies of the saints which slept arose,

Mat 27:54 Mar 15:39 And when the centurion, which stood over against him, and they that were with him, watching Yehoshua, saw the earthquake, and those things that were done, they feared greatly, saying, Truly this was the Son of God.

John 3:16 For God so loved the world, that he gave his only begotten Son, that whosoever believeth in him should not perish, but have everlasting life.

22 Responses to The Messiah. Page 98. Chapter 180. How did The Messiah say the Gentiles (Romans) were going to treat him? Part 4.