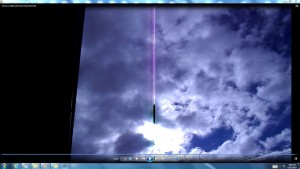 The Messiah was threatened, slandered.

The Messiah was (filth) soiled, maltreated, treated outrageously, made havock of.

But one of the soldiers with a spear [G3572 νύσσω nussō noos’-so A chief word; to prick (“nudge”): – to stab, pierce.] pierced his side, and forthwith came there out [G129 αἷμα aima hah’ee-mah Derivation uncertain blood, literally (of men or animals), figuratively (the juice of grapes) or particularly (the atoning blood of Christ); implying bloodshed, also kindred: – blood.] blood and water. And he that saw it bare record, and his record is true: and he knoweth that he saith true, that ye might believe. John 19:34

And again another scripture saith, They shall look on him whom they [G1574 ἐκκεντέω ekkenteō ek-ken-teh’-o From G1537 and also from the base of G2759; to transfix: – pierce. G2759 κέντρον kentron ken’-tron From κεντέω kenteō (to prick); a point (“centre”), that is, a sting (figuratively poison) or goad (figuratively divine impulse): – prick, (to) pierce, stab through, sting.] pierced. John 19:37

Transfix.
Pierce with (lance) spear, paralyse the faculties of a person.

Goad. Torment, irritate, urge on, drive to do, or into doing, urge with goad, spiked stick for (driving) urging cattle, anything that urges to action, thing that torments or incites.

Faculties.
Power inherent in the body or organ of a body.

The Messiah was dead when the soldiers pierced his body. Jn 19:33

This chapter 196. The Messiah was reviled. is being amended as I study! and then publish. Noelene.

to assent (to evidence 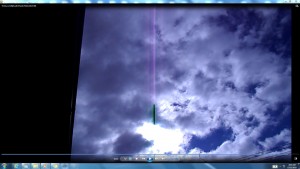 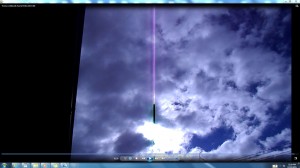 G1537 ἐκ, ἐξ ek ex ek, ex A chief preposition signifying origin (the point where motion (movement) or action proceeds), from, out (of cause, time or place; literally or figuratively; remote or direct): – out among (from, of), from (among, forth, up), for (-th), very highly, exceedingly, ( abundantly above), heavenly, over, off (from), through, among, on, at betwixt (-yond), with (-out), here (-by, in,) grudgingly, heartily, thenceforth, after, since, vehemently, (because, by reason) of, by (the means of), unto, are. In composition, frequently used with same usual import; frequently of completion.

G1519 εἰς eis ice A chief preposition; to or into (signifying the point entered or reached), of place, time, or (figuratively) reason (result, etc.); in adverbial phrases.: – [back-] ward, against, [abundant-] ly, far more exceeding, with, (in) among, throughout, at, in (at unto, -to), to, toward, unto, by, of, upon, on, till, to (be, the end, -ward), continual, that, therefore (-unto), concerning, (so) that, in so much that, to the intent that, for [intent, purpose], [where-] fore, of one mind, before, set at one again, as, (here-) until (-to), perish, never, In composition frequently used with same usual import, but with verbs only (etc.) (literally or figuratively) expressing motion. Used with pronouns. there (-in, unto), where (-in-fore). etc. Regarding with logos.

G4314 πρός pros pros A strengthened form of G4253; a preposition of direction; forward to, toward (with the genitive case the side of, pertaining to; with the dative case by the side of, that is, near to; usually with the accusative case the place, time, occasion, or respect, which is the destination of the relation, that is, whither or for which it is predicated): – at (thy house), nigh unto, in, with (-in), among, against, between, of, to ([you]) -ward, before, unto, together, about, because of, for intent, according to, which pertain to, to (the end that), ([where-]) by, that, for. In compounds it stands for essentially the same applications, namely, motion towards, accession to, or nearness at. [This G4314 interpretation which came from expect G4328 could possibly be the position of the Sun in the Milky Way Galaxy, it could also be referring to it moving, where it is going, and why!]

2 Responses to The Messiah. Page 136. Chapter 196 The Messiah was reviled.