I cannot remember, What I have “NOT” seen before!

And, my mother told me that she used to bath me and put my clothes on me, and when she looked out the window, she would see me in the yard with no clothes on, someone was making me, a little girl take my clothes off in the yard! /Addition! 8.18am  4th April 2020 In 1994 when the Word of God called me to follow him, the devil, immediately manifested with my house and proceeded to offend against me, however, I forgot to mention, that he actually asked me to strip, but he did not ask me to strip in the house! One day I was outside, and in my backyard near the fence, and [It is a scary experience!] I heard a voice speak directly into my mind, and the voice said “STRIP” he man have mentioned my name, I cannot remember! It was the devil who said that, however, I did “NOT” strip!

I also had a Government House in Queanbeyan, in the 80’s and I have reason to believe The LORD God Almighty’s Property, the devil got up to something over there, well, by that time, I had already told the devil in about 1977 to get out of my body because he was not the Holy Ghost, so, if he did get up to something, the man was offending against me!

I cannot do much about, the earlier events, except speak about them, but in 1994, I had by this time, made up my mind, that I wanted absolutely nothing to do with the devil, I did not want any men hanging around my house, and I did not want to have sex with anyone.

To gain entry into “my Locked and Bolted Government Property” the devil used, what I believe to be, however I may be wrong, The Radio Communication System that he used to take the Son of God up into an high mountain where he showed unto him all of the Kingdom’s of the world in a moment of time. Luke 4:5,6

The devil also took me up onto an hill and as I recall, there was some grass on the top of the hill and when I looked down, I saw Egyptian’s walking about on the sands beneath, and I saw carvings in a rock or rocks!

The “Offences” the “TRESPASSING” devil committed against me in my “My Locked and Bolted Government Property” in 1994 were, 1) Assault, 2) Indecent Assault. 3) Sexual Assault. 4) He put an improper suggestion to me. 5) He committed Indecent Exposure! and he did that by putting a picture of a “Naked erect male item into my mind!”

TRESPASSING! Thousands of Acts of Trespassing!

When the devil entered into my “Locked and Bolted Government House!” in 1994, [and in 2008!] he was committing 3 Acts of Trespass!

Now I would like THIS “Classified as some type of Criminal  Offence” as well, and it is Definitely “NOT” my Offence! Now when the devil enters into your body, as he did to me in 2008, the man starts “Speaking to you from out of your own mouth!” That has got to be a “Criminal Offence” and as soon as he gets into your body, He starts [Breaching Laws!] reading “Your Mind!” And, then he started touching my private part. I am not married to anyone, and I am definitely “NOT” committing Sexual Offences, so “Why should this man “The Almighty God’s Property” be allowed to come into my “Locked and Bolted Government House” set me up with Camera’s and Recording Devices, and then get into my body and start Reading my Mind, and touching my private part, and then, speak to me from out of my own mouth! [And, if he has done this to me, how many other people on this earth, has this man done this to, over the last, about 6,000 years?]

Offences! 1) Trespassing. 2) Assault. 3) Indecent Assault. 4) Sexual Offences. 5) He put an improper suggestion to me. He is touching my Private Part! 6) Indecent Exposure! and 7) Rape!

I was invited to a Nudist Colony in the 70’s, I did not go, I had the opportunity to be  a Stripper at Kings Cross, in the 60’s I did not choose that vocation, I once lived at Woomerah Ave Darlinghurst, I got accommodation there because my father was living at the cross in a flat with two or three of my brothers, and I wanted to live near them, and some times I would go to places up the road, at Kings Cross, and a couple of time I went with my brothers, or brother, and one evening I was in the main Street of the Cross waiting for someone, so, to be safe, I stood in a lighted area in front of a shop, and some man crossed the Street  and said something like “How Much?” I got a shock, and I nearly died, and I said, “I’m not one of those women!” which means that, I could have been a prostitute, but I did not want to be a prostitute!  I was offered some type of Soft Pornographic work in the 70’s, I did not accept it, and as a singer in the world, I was frequently offered work as a”Bare Breasted Singer” I did not choose that Type of work.

The man who invited me to the “Nudist Colony” might have been the devil in human form, and if he was, well, I actually refused to walk naked [in a sense, before the devil] in “The Garden of Eden!”

I went to a Club as a singer at Ryde as I recall, in the 70’s, and the man (who may again, have been the devil in human form!) said to me, “By the way it’s bare breasted!” I went and told my (Son of The Minister of The Gospel!) husband,  whom I later married, and he went over to the man and [he later told me, that he] said, “My wife “Does NOT” sing bare breasted!” This is “MY” photo, I took this photo of my then husband!

I have prayers all over “MYSELF, A WIDOW! “My Then” husband, and our descendants, and one day, he [a believer, who taught me to sing an hymn, a man I loved and with whom I used to sing the hymn, and even naked in the bath together, will one day sing together forever in heaven along with his saved Family Members!

Job 31:9 If mine heart have been deceived by a woman, or if I have laid wait at my neighbour’s door;

Job 31:10 Then let my wife grind unto another, and let others bow down upon her.

Job 31:11 For this is an heinous crime; yea, it is an iniquity to be punished by the judges.

Job 31:12 For it is a fire that consumeth to destruction, and would root out all mine increase.

“let others bow down upon her” A Dirty Thing!

Now the Devil said” they are the others, then what happens to this, [and possibly innocent?] woman, is, her Private Parts are Wired, and Devices are put into her Private Parts! A wire is placed through her clitoral area, and devices can be placed in there as well, and also, within her vaginal cavity, an artificial penis is hidden, and the devils, including female devils, causing these wires and devices to vibrate, then get about in her body, “Feeling Things” and as the woman “NATURALLY” engages in Acts of Love and Sex” with her husband, unbeknown to her, “the wires are on and vibrating”, and she is being watched by the devil’s [and they do have camera’s and recording devices, but I do not know at this point of time, whether or not, they are using them!] and these “Sexually Sensationless” thousands of years old men and “women”, who Salivate and Drool to “Feel Sexual Sensations” actually fight with one another over sexual sensations, and they even make deals, i.e that’s my sensation, so they might barter with one another over a particular Sexual Sensation that they want to feel!

Now the Sexually Sensationless devil’s, being aware of these above scripture’s will target men, or a man, to get them, or him, to commit a sexual, or sexual sins, so that they, can  get a woman to have sex with!

I have repeatedly been “bashed and beaten” in this house by The Almighty God’s “TRESPASSING” devil/s, and I have even had pieces bitten and ripped out of my flesh, and I have been repeatedly raped, etc, etc, etc, and when I get to heaven, “I intend to do something about it!”

Now the devil wanted me to deny Jesus Christ, ..

Eph 4:30 And grieve not the holy Spirit of God, whereby ye are sealed unto the day of redemption.

The name of the Son of God is “NOT” Jesus Christ, one of the many names of the devil, is Jesus Christ, and while I am on the subject of the devil, he had introduced himself to me as Jehovah, and he did tell me that he founded the Jehovah’s Witnesses, and, The Church of Jesus Christ of the Latter Day Saints, and he had told me that the Muslims were his people, he had offered me a Ministry in India, on condition that I teach my Bible Studies over there, and he (has) manifested himself to me as Pharaoh, and Genghis Khan, and Buddha, and Mao Zedung, and Adolph Hitler, and he has actually told me that the North Korean’s are his people, and I know that many others, such as the Russians are his people, and the Catholics, and the Presbyterians, etc, etc,  because, well, he is Jesus Christ, and these people are following, and serving, and worshipping Jesus Christ, and when it comes to the Lutheran’s, well, I think, Martin Luther, wrote, or used to sing “Guide me O thou Great Jehovah”, “WELL” you do not ask the Devil to guide you!

The devil manifested himself to me as this Pharaoh!

And he manifested himself to me as this Buddha, who actually looks like the Indian God in this picture!

and he manifested himself to me as Adolph Hitler, 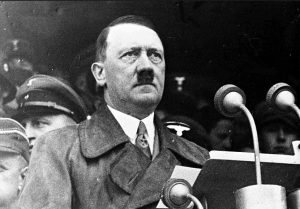 I happen to know that, the devil hates Jews, yes,

well he did tell me that he hates jews!

and he manifested himself to me as Mao Zedung,

The devil said, the Almighty God calls him a dog!

The Almighty God’s dog,  “UNLAWFULLY” whilst “TRESPASSING” within my “Locked and Bolted” Government House! gained access to my [Supernatural Food!] Bible Studies!

To “Unlawfully” gain entry into my “Locked and Bolted Government House” I have reason to believe, that the devil used this “Radio Communication Device” or one like it, that he used to take the Word of God up onto an high mountain where he showed him all of the Kingdoms of the world in a moment of time! Luke 4:5,6

Luke 4:5 And the devil, taking him up into an high mountain, shewed unto him all the kingdoms of the world in a moment of time.