Victim of Crime! “Trespassing is a Criminal Offence!”

After the Word of God called me, & I was drawn with “LOVE” to follow him, on the 12th December 1994, in the bedroom, where my late husband had died, “The Moment” The Devil, God of the world upon this earth, entered into “My Bedroom” I became a “Victim of Crime!”

My late husband had died in that bedroom, and unbeknown to me, my late husband had been in the devil’s snare! The devil’s body had died, and the house which had been in both name’s, was  “NOW” “My House!” “Not His!” so when he, “The Devil” god of the world on this earth, entered into that “Master Bedroom” that “Master Bedroom” was “NOW” “My Bedroom” so, he who once had a “Legal Right” to move around within that bedroom, had now lost his “Legal Right” to be within, “My Bedroom!”

This Scripture will “NOT” justify the presence of “The Devil” within My Bedroom!

Mar 4:15 And these are they by the way side, where the word is sown; but when they have heard, Satan cometh immediately, and taketh away the word that was sown in their hearts.

Now, my second husband and I were once living in one of the Devil’s house’s!  The house was a Manse, and it belonged to one of the devil’s Churches, and it was in a bedroom of that house, in about early 1978 or late 1977 that I said to the god of the world upon this earth [who probably, unbeknown to me, had me in his snare!] “You get out of my body! You are not the Holy Ghost!”

Now, I know that the Almighty God heard what I said, and I also know, that he saw me saying it, so I believe it was “His Responsibility” to see to it that [I was removed from the devil’s snare] the devil got out of my body, as soon as possible.

In other words, I had not gone with my second husband, who had left me, and who was now in a relationship with another man’s wife!  [Her husband came and told me!] I had remained within the house, and I now had a bible, and I had begun studying the bible, and putting scripture’s to music, and I had a young child, who was about 5 years of age, [whom I had obtained Legal Custody of, from a Local Court]  [the son of a Police Officer, and grandson of a Minister of The Gospel’s child,]  to raise, and I was doing a “Welfare Work Course” at a local High School! I had Responsibilities!

Now, the Almighty God removed me from “The Devil’s House” with “Two Vision’s” and a Scripture!

Mic 2:10 Arise ye, and depart; for this is not your rest: because it is polluted, it shall destroy you, even with a sore destruction.

However, [the devil was not “IMMEDIATELY”) removed from “My (BODY!) House,” and I have reason to believe, that he got up to some mischief, which kept me in his snare for years, and, a mischief which caused possibly, the Son of God to execute a 7 to 9 years sentence on me, whereby the devil was able to afflict me for about that amount of time, and during those years, I who was “suffering under those judgments” was raising, or “TRYING” to raise, my child!

The devil later admitted that he did get up to somethings! [Yes, and he was still about the place as I was raising my child, in the 80’s and “he has admitted that he again, got up to something then,  and for that, the Almighty God, or his Son, or the devil, gave me three “Electric Shocks to The Heart” I was afflicted with insanity, I had Panic Attacks, and the Walls of the house seemed to be closing in on me, and  “My House” [“My Son’s Home“] was overthrown, and other judgments were possibly executed upon me as well!]

Now, I believe that when the devil was told by me to “Get out of my body” It was the Responsibility of the Almighty God to remove [me from the devil’s snare as soon as possible!] his devil, from my body as soon as possible. In other words, if there was a judgment upon me, all that the devil could now do was, finish executing those judgments upon me, and then, leave my body, but it did not happen that way, and he got up to mischief, a mischief which caused judgments to be executed on me for about 7 to 9 years, and, the devil has later admitted that he did get up to mischief’s. That is not Right,”I do not accept that as RIGHT!“

How he got into those rooms!

He caught me in his snare, as he was “TRESPASSING” within “My Bedroom” “NOT HIS” in 2008, within “My Locked and Bolted Government House!” And when the devil capture’s you in his snare, where ever you go, he goes with you, even into your toilet, and when you shower, or bath, he is showering and bathing with you, and his hands and the hands of other devil’s, are within your hands, as you wipe, or wash your body, and your personal parts, “i.e. John 10:30” and, he can also see you, and hear you, and also read your thoughts, when you are in his snare!

Now before the devil came into “My Bedroom,” “NOT HIS” where he caught me in his snare, unbeknown to me, I had locked him “The Jehovah, and the Jesus Christ” and other devil’s, out of that, “My Bedroom” when I locked a relative of mine, out of that “My Bedroom”  sometime before, because he was forgetting things, and I did not want him working on my computer, because he might do something, and then forget what he had done. I later learned from experience that that relative had been captured in the devil’s snare!

The conversation went something like that. The devil, had captured my relative in his snare. 1 Peter 5:8

In 2008, before a “Full Length Mirror” within “My Bedroom” and “Not His” within “My Locked and Bolted Government House” “THE TRESPASSING DEVIL”  “The Almighty God’s Property” Job 12:16  “PERSONALLY” introduced himself to me, as “JEHOVAH” and “JESUS CHRIST!“ 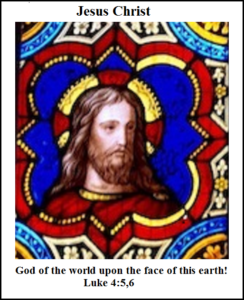 Now, this man who is the, devil continued touching my private part with something that was vibrating, even though I had asked him to turn the device off, on more than one occasion! [Now, unbeknown to me at the time,  here is where I “REALLY” get the ability to “RECOGNIZE” the man who is the devil!] Now, I “DEFINITELY” did not want to marry anyone, other than The Almighty God, he was “My Gold” and I did not want to have sex with anyone, because “I had Spinal Injury” [Two small fracture’s in my spine!] however, this person won’t “STOP” Touching my Private Part!”

So one day, on the “spur of the moment,” I said “O well, I may as well get bitten by the serpent to find an AntiVenine!”  However, I do not know what I am getting myself into!

So, I engage in a “Loving Relationship” with him, and different mirrors were before my face, at times, so, “I CAN ACTUALLY SEE THIS INVISIBLE MAN’S FACE” and, study it, whilst I am finding out what he is getting up to with his “Vibrating Wires and Devices” so I make “Packets of Love” for “The Almighty God” while I am doing what I am doing, with this “Invisible Man!”

Now, whilst I go through this “Loving Relationship,” [Well, before I did it, The man who is the devil, had said to me, before a mirror, as I was lying within my bed, “I ca-an do it!” “I kno-ow how to do it!” So I did it, and well, we obviously looked into one another’s faces, and eye’s, and all that sort of stuff, but while this was going on, I was taking notice of what the man was doing with his “Vibrating Wires and Devices” and then one day, I got up and walked away from this “Loving Relationship,” and, the man who is the god of the world on this earth was upset about that, but that is the way it was, and I said to him, treat it as a “Ship in the night”  and accept the fact that “I loved you” and that was that, and after that, “he was furious” well, he did not have to get involved in this “Medical Investigation,” however he did, and now, I can “RECOGNIZE” the man who is The Devil!

Any errors within any of my Webpages, Bibles Studies, Music, or Other Works are “Definitely Not Intentional”. Noelene Joy Rout. 1:55 pm 28th April 2021