Now I personally met the man, who is the devil, in the year of 2008, when, using his “Electronic Devices”  he came into my home, and personally introduced himself to me, as Jehovah!

And sometime later, maybe days, I cannot remember, using his “Electronic Devices” and changing his appearance, he said to me, “I am Jesus Christ.”

Now this man turned out to be the devil, and eventually, when he could not get me to give him what he wanted, “My Bible Studies” and do what he wanted me to do, he turned on me, and this man “Savagely Attacked” and hurt me, and during his attacks upon my person, I was repeatedly punched in the face, and he, fractured my jaw, and he also fractured my skull. [He also did other things to me.]

Fracturing my jaw.
Devils [men] cornered me, and they held my head in place, as devils upp’er cut – ter -ed [punched] me under my jaw!

Now I learned from this man, that he lives by “Tit for Tat!”

The man who is the devil, is the god of the whole world upon the face of this earth. Luke 4:5,6 and in his world, he allows Boxing, Pugilism, to take place.

Now this man who is the devil, with the use of his “Electronic Devices” moves from person, to person, all over this earth, as he runs his world, that is upon this earth, and sometimes, he is even within the bodies of pugilists, in boxing rings, and, because he is the devil, i.e. men such as Tiberius Caesar, and Julius Caesar, etc, etc,  he does not like it, when he is beaten within the ring, by a human pugilist, and he, the devil, lives by, “Tit for Tat!” 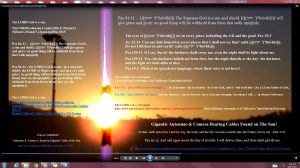