It is no wonder why Francis Ernest Stowe (1867-1936) who later married Margaret Lyon in 1894 Designed the Sydney-North Sydney-Balmain Bridge!

“no body was lost or hurt by the accident.”

Margaret Lyon (1863 -1937) a church attending woman, and daughter of the well known Artist, & Glass Stainer, John Lamb Lyon, (1836-1916) of Long Nose Point Road, Birchgrove, who was travelling on the 29th April 1886, (her younger brother Bertram Fraser Lyon’s birthday,) along with her friend, Maud, and another 5 male passengers on The Steamer, The Parramatta, at the time of the collision, between the Steamers, Waterview and The Parramatta, sustained injuries, which included shock, and severe bruising, to her body, as a result of having been thrown down backward  from one side of the steamer deck to the other side, as the steamers collided near the shore, of Long Nose Point Wharf. Maud, her friend who was thrown onto broken wood, during the collision, sustained injuries to her face, and , she who appeared to be stunned, was crying out, and she said,  ‘O my face.” Margaret and Maude were the only two persons up on the deck while the other five men were at the wheel with the Captain.

Family name. I was born Noelene Joy Rout on the 18th December 1943 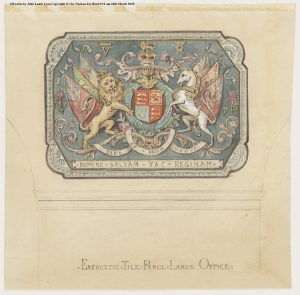 My (once?) Father in-law, and Grandfather, and great Grandfather and Ancestor, of my descendants, who will “OBVIOUSLY” always “Need Prayers!” 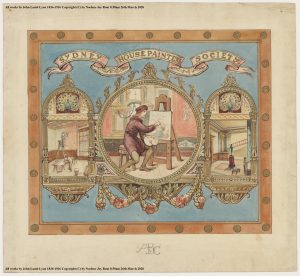 Nearing Long Nose Point, Margaret Lyon noticed the green light of the Waterview, she stood up and said Maud “We’re in for a smash!” she was then thrown down.

Margaret Lyon, a level headed, and responsible young woman, who used to help her father, John Lamb Lyon, in his work, and who also helped her mother to care for her younger brothers, and sisters, and also other children, even though, she along with her friend Maud, was very frightened, and was about to jump overboard, because she could feel the Steamer sinking, was level headed enough, to take control of the situation, and, before the Steamer sunk, within two minutes, managed to take hold of her friend Maud, (who was lying face down on broken wood, and calling out “O my face”), Margaret Lyon heard people crying out, “This way passengers, she’s sinking!” Margaret Lyon saw the bows of the Waterview jammed into the Parramatta, so she climbed over the debris, and  dragging Maud after her, jumped up onto the seat and held her hand up,  someone hauled me up, and then Maud & we were finally safe. Margaret Lyon was of the opinion that, if she had fainted, both her and her friend Maud would have drowned, because The Steamer, The Parramatta, sunk within two minutes. Margaret Lyon, who later suffered a form of Hysteria, as a result of the injuries, and the Shock, sustained by her body, during the collision, was also of the opinion that she, above all people, sustained the greatest injuries, Margaret Lyon, believing she had suffered injuries to her head, later, visited a doctor, as a result of suffering pains in her head, and she informed the doctor, that she believed, she had suffered injuries to her head. The doctor, gave Margaret Lyon medicine which helped her to sleep.

Losses. As a result of the collision, between The Steamers, Margaret Lyon lost her new parasol, her hat, her purse, bag, keys, some papers, and also a bible, that she was bringing to her younger brother (Bertram Fraser Lyon. 1871-1950) Bertie. Margaret was offered, or was seeking, Five Pounds to compensate her, for those losses. She was also offered monies to compensate her for the injuries that she sustained during the collision.