The Judicial System, both Temporal & Spiritual! The Case: TRESPASSING!

The Judicial System, both Temporal & Spiritual!

Psa 140:5 The proud have hid a snare for me, and cords; they have spread a net by the wayside; they have set gins for me. Selah.

Psa 141:9 Keep me from the snares which they have laid for me, and the gins of the workers of iniquity.

I had absolutely “No Desire” what soever to be involved with the [occultism.] devil!

The Case! “TRESPASSING! ” etc, etc, I was a fresh widow, and I did not want to marry again. I had spinal injuries, and I did not want to have sex with anyone again, and I did not want any men hanging around the house, and I was not encouraging any men to hang around my house. One “old” man, when I was not home, had visited the house three times, in one day, and when I was told about it, I rang the man a day or two later, and I asked him not to come to the house. I told him that I did not want to hurt his feelings, that I was a widow, and that it did not look good, for a man to be hanging around my house, and I said that I did not want my neighbours thinking something was going on that was not going on. The man said, “I don’t care what your neighbours think,” and I said, “Well I do!” I told the man that I was prepared to meet him at the shops, at some time or rather, and have a milk shake or a drink of coffee with him, and I told him that I was prepared to visit him at his flat sometimes, and I told him, that I could ring him up and invite him to my house at some time, but that I did not want him just turning up at my house! [Words are probably not exactly as they were spoken at the time!]

The devil belongs to The Amighty God, Job 12:16 and I believe that it was The Almighty God who set this man in authority over the world that is upon this earth. Luke 4:5,6

Occultisim! I had told a young girl who told me that she was going to get involved with occultisim, not to do it, because if she did, she would get things hanging around her that she could not get rid of for some time.

Dogs! I had two dogs, one belonged to my son, and I kept my dogs, locked and in my yard or house, and I kept other people’s dogs out of my yard, and house. The Almighty God, and his Son, call the devil a dog!

I believe that The Almighty God and also his Son, who read human thoughts, Job 21:27 Luke 11:17 were aware of the above knowledge, and yet, when The Son of God came into my “Locked and Bolted Government Home” on the morning of the 12th December 1994 and called me to follow him, he, The Good Shepherd, Jn 10:11 and his Father, also a Good Shepherd, Lke 18:19 Psalm 23 failed to “KEEP” the devil, “The Almighty God’s Property” Job 12:16 out of my “Locked and Bolted Government House.” Exodus 19:12

My right hand which I use to play my guitar and organ and keyboard was damaged, when the devil smashed my right hand against a wooden desk, I lost property, time, and energy, due to the sufferings that I experienced as a result of the devil manifesting in my house.

In what way did the manifestation of the devil within my house alter the course of my life, and cause suffering and damage to me! Prior to the devil entering into my house, I was a productive, healthy, active, ambitious, and happy woman, who had been, keeping myself healthy, riding my bike for miles, whilst also looking after myself, my family, my home, my vegetable garden, and educating myself for years!

The Devil gained entry into my “Locked and Bolted Government House” using what I believe was, “The Radio Communication System” or one like it, that he used to take the Son of God up onto an high mountain where he showed unto him all of the kingdoms of the world in a moment of time. Luke 4:5,6

I would like “The Radio Communication System” that the devil used to take the Son of God up onto an high mountain where he showed unto him all of the kingdoms of the world in a moment of time. Luke 4:5,6 classified as “KEYS” because the devil used that “Radio Communication System” or one like it, to “illegally” against my “Laws and Desire’s” and possibly against “Government Laws and Desires” gain entry into my “Locked and Bolted Government Home” and my “Human Body” i.e. “The Temple of God!” where he proceeded to, and did in fact,” commit Criminal Offences against me, Criminal Offences, which included repeated attempts to murder me, Acts of Violence, the uncovering of my nakedness, and the nakedness of others, Rape, & also Criminal Offences, such as the i.e. Exodus 22:5 Violating of my Intellectual Rights, Breach of Copyright Laws, acts of Video Piracy, and other “Very Serious Offences” being committed against me, and also “OTHERS IN MY MIND” by the devils, as they “Illegally” took into their minds, and into their computers, the contents, of my, by now, 76 year old mind, which included secrets, and years and years of “Bible Studies,” and other “Knowledge and Education” that I had been “labouring” Jn 6:27 to take into my mind, over that period of time. 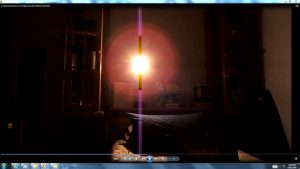 Other matters in this case to deal with are, “Contempt of Court” i.e. as I tried to communicate, within the privacy of my “Locked and Bolted Government Home,”  from out of my own mouth, with the Almighty God, about issues, the devil would speak upon my voice, and out of my own mouth, and interfere with what I was trying to say! I believe that what he was doing, was a crime, and I believe that the crime he was repeatedly committing against me, can be placed under the heading of, Contempt of Court!

There are many other issues to deal with and talk about in relation to this case!