Charges that could, or should have, been laid upon, and probably were not, laid upon, (Andrew Peter Garforth?) The Murderer(/s), who murdered Ebony Simpson!

1) Loitering! The man was probably hanging around that area, waiting for a child such as “YOUR’S”, to grab, rape and murder!

2) Assault for touching your daughter.

3) Assault for binding your daughter’s hands.

4) Assault for binding your daughter’s feet.

5) Assault also, occasioning Fear, Terror and Hurt to your daughter when he unlawfully picked her up, and placed, or threw, or dropped her into, and locked the boot of the car! [Which might not have been his car, but the car of the man whose body he was eating alive. 1 Peter 5:8]

6) The imprisoning of your daughter who was now unable to freely move, and run away from the man.

7) Transporting you daughter to another place!

8) Instilling “FEAR & TERROR” into your daughter, by committing this offence against her!

11) Indecent Exposure, if he showed the girl his, [the man he was indwelling’s private part!] nakedness.

12) Assault, Indecent Assault, & Sexual Assault, by and when, removing your daughters panties.

14) Looking at her private part.

15) Some sort of other named offence, for placing your daughter, into an humiliating position, which gave him access to view, and rape, your daughter’s private part.

16) Assault, Indecent & Sexual, along with the Violent (Violence is needed to commit an act like this against a child!) Rape, which caused humiliation, degradation, embarrassment, & pain and fear, when and if, he forced his private part [another man’s private part!] into her private part.

17) Grievous & Painful Assault, with every thrust, which caused damage, and pain, to your daughter’s body, when he forced, another man’s [And that man might still have been alive, and been, being tormented by the devil who was eating him! And that man, might not have wanted the devil to do this thing, but he cannot stop the devil, from (using his body in this way!) doing it, because he is in the devil’s snare!] large, and maybe thick, and or long, private part into her private part.

19) Other offences if he uttered foul words to your daughter as he was offending against her!

20) Assault again, as he continued to touch your daughter’s body.

21) Assault occasioning Fear and Terror again, when he picked up your suffering and bleeding daughter’s body.

22) (Violent) Assault when he threw [or ?placed?] your daughter’s suffering and bleeding body, into the water.

24) and Wilful Murder for throwing or placing your daughter’s suffering and bleeding body, into the water and leaving her there to die!

25) Failing to “Help & Assist” a (suffering) person who was drowning!

26) Interferring with the scene of a crime, by disposing of the body in the water.

28) Concealing a crime, possibly by washing himself, or part of himself in the water!

There could be other charges that could be laid against a person such as him, that I have not yet worked out!

Now when the “Sexually Sensationless” man who is the devil, captures a child, such as “YOUR’S”, [or even a young woman, such as “Anita Cobby!”] if he can catch her in his snare, [Bible 1 Peter 5:8] which he may have done, [and even some time before her death!] he wires her body, and her private parts. Now when the body is wired, the devils can read human minds, and with the wiring in private parts, these “Sexually Sensationless” old [men and women] devils, gods.] can “Feel and Enjoy” human “Sexual Sensations” even memories of “Sexual Sensations” that are stored in the mind. He and his male and female devils, can become “ONE” with the body of the person he has captured, and they can read and actually, relive the life of the person, and the contents of mind, of the person, the devil has captured, and every moment of Ebony’s Life in her mother’s care, or in any one elses care,  the devils, can, read, relive, and enjoy, and he, the devil, can store that information in his computers, for later use and study, and that man, or any one of his devils, can become “ONE” with the body of your child, or a young woman such as Anita Cobby, and any one of the devil’s, or a few of them, or all of them, can get around the earth “unseen to human eyes” as “YOUR’S”, or even as, Anita Cobby!

In looking at this film, I believe that “Andrew Peter Garforth” the man who murdered Ebony Simpson, is a devil!

So, the person you have to deal with in relation to what happened to “YOUR’S”, is The Lord God Almighty, and to gain access to him, you have to speak, or pray to him, in, and through the name of, his only begotten Son, The Word of God, King of Kings and Lord of Lords.

Now this man who is the devil will try to justify himself before God for offending against “YOUR’S”, and he might say, “S/he was [“YOU” were] warned (at school) about “Stranger Danger” by him, [i.e.He is the god of the world upon this earth. Luke 4:5,6] and I watched that “YOUR’S”, and I saw that “YOUR’S”, walking home alone, so I caught “YOUR’S”, and I ate “YOUR’S”!”

Not good enough! We Members of the Human Race, and even children, should be allowed to walk along roads and paths without being captured, offended against, and murdered, by, Example: The Almighty God’s Property, The Devils!

Devil’s capture and eat Human Beings! Now the invisible devil might have captured a human man, and eaten him, 1 Peter 5:8 and then, this “Sexually Sensationless” devil, now having a “Private Part that works,” probably wanted to use it, so he was probably loitering, hanging around, the area waiting for i.e “YOUR’S”, to rape and murder!

Now the devil has his own churches, and, in the mind of the man, he was [probably eating 1 Peter 5:8] indwelling, there are Laws, such as Thou shalt not kill. Exodus 20:13

There are also other Laws recorded in bibles in the devil’s churches such as:

Roman’s 13:10 Love worketh no ill to his neighbour: therefore love is the fulfilling of the law.

The man who ‘m I believe, was the devil, violated God’s Laws, when he offended against Ebony Simpson, who was [“NOT” soliciting like a Prostitute, on a Street Corner!], but simply, walking home from school. 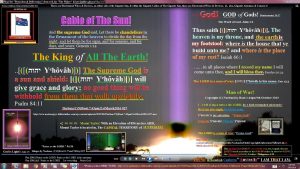