Deut 30:15 See, I have set before thee this day life and good, and death and evil;
Deut 30:16 In that I command thee this day to love the LORD thy God, to walk in his ways, and to keep his commandments and his statutes and his judgments, that thou mayest live and multiply: and the LORD thy God shall bless thee in the land whither thou goest to possess it.

Now when the Word of God, came into my “Locked & Bolted Government Property” on the morning of the 12th December 1994 I believe that it was his responsibility to know:

1) That he had entered into a “Locked & Bolted Government Property.”

2) That he had entered into my “Locked & Bolted Government Property.”

4) That when my husband, left me on the 6th December 1976 and I chose not go with him, [unbeknown to me!] I had chosen life & good over death and evil.

[I did not know, that we had been (even though we were legally married) living in fornication. I found that out years later, when I realized there had been judgments on me (& also some type of judgments on him) when I was with him, that were not on me when I had left him. In other words, while I was with him, I had to do “Interior Decorating” and “Carpentry” and I worked with pipes, and I actually painted the house, or most of it, and I also painted in the flats we lived in. I did not have to do this type of work when we had parted. However, once again when I married my third husband, then I was doing this type of work again, and I later realized these were judgments on me from the Almighty God, because when my husband died, I did not have to do this type of work. I later found out that my ancestors “The Lyons” were “Builder’s” “Painters” and “Plumbers”, i.e. “Interior Decorators” and that my father’s ancestors were “Carpenters!” So because I was living in sin, (even though I was legally married) I had to do this heavy type of work.]

5) I had chosen life & good over death and evil, when, in 1978 after my second husband and I had parted, my first husband came to my home, and wanted to get back into a relationship with me, and I refused.

Jer 3:1 They say, If a man put away his wife, and she go from him, and become another man’s, shall he return unto her again? shall not that land be greatly polluted? …

My first husband did not put me away, he caused our marriage to break up, as a result of his adulterous behaviour! [And now my 2nd husband was in a relationship with another man’s wife! Her husband (about a week after we had parted) came and told me about it.]

6) That I had absolutely “No Desire” whatsoever to be involved with (The Devil) “Occultism!

7) That I did not want any men hanging around my house, and that I had telephoned a man who after my husband had died, had visited my house a few times when I was out, and I asked him politely not come to my house, and I told him I did not want any men hanging around the house, that it did not look good, because I was a widow now, and I told him that I did not want my neightbours thinking something was going on that was not going on, and he said, “I don’t care what your neighbours think!” and I said “Well I do!”

8) That I did not want to marry any man, other than the Almighty God, Isaiah 54:5

10) That I was not encouraging any man to hang around my house.

12) Not realizing that this man was the devil, and that there “was” a man within the room, I was not thinking about Law, but I was wanting to know what it was that was touching my private part, so, “I got some “Blue Tack” and a mirror, and I went into my toilet, and after I “Blue Tacked” the mirror, onto the back of my toilet door, I removed my underwear, and sat on the toilet seat, and looked at my private part, to see what it was that was touching my private part, there was nothing there, and I moved my hand around the area, and I could not feel anything with my hand, however, there was sometining there. “Now I have reason to believe that the man who is the devil, may have been “Trespassing” in the toilet of my “Locked and Bolted Government House” and, “Looking at my Naked Private Part!” that is a Criminal Offence!

Luk 8:11 Now the parable is this: The seed is the word of God.
Luk 8:12 Those by the way side are they that hear; then cometh the devil, and taketh away the word out of their hearts, lest they should believe and be saved.

17) The “LAWS” that were protecting me within my “Locked & Bolted Government Property” were the ‘WALLS” and the “FLOORS” and the WINDOWS” and the “FENCES” and the “GATES” & the “LOCKS AND BOLTS & SECURITY DEVICES” and the “LAWS & DESIRE’S” that were recorded in my mind as a result of what I had spoken, what I had decided in the past, and what I had done to protect myself, within the “PRIVACY OF MY LOCKED AND BOLTED GOVERNMENT HOUSE,” and in the past, I had actually PURCHASED A LOCK AND ATTACHED IT TO THE DOOR OF MY BEDROOM FOR THE PURPOSE OF KEEPING THE DEVIL OUT OF MY BEDROOM! [I was locking a man one of my brother’s, out of my bedroom, who, being able to repair computers, and who had in the past taught me a lot about computers and their parts, was now forgetting things, and I did not want him to enter the bedroom, because he might interfere with my computer, and forget something! However, unbeknown to me, when I locked that man out of my bedroom, I had also locked the devil and his demon’s out my bedroom, because, that man was in The Devil’s Snare! 1 Peter 5:8

Now this man who is the devil said to me, “I’m Alex!” and when he said that, he identified himself to me as my late husband, in other words, my late husband, unbeknown to me, had been in, “The devil’s snare,” so now, the devil cannot enter into my bedroom, because he, 1) My husband is dead! 2) I had moved out of (HIS 1 Pet 5:8) my late husbands bedroom to rest & recover in this bedroom which was never my late husband’s bedroom. 3) He the god of the world upon this earth, who works for Government Departments, such as Housing Departments of the Government, “KNEW” that [HE Lke 4:5,6] “The Government” did not have the keys to this “Locked and Bolted Government House” and “Particularly Not” the keys to this, my bedroom, and “The Almighty God, and His Son” also being in Possession of this Knowledge, DO NOT ALLOW THE MAN WHO IS THE DEVIL, TO CROSS THE BORDER AND ENTER INTO MY BEDROOM” AND NOT ONLY DID THE MAN WHO IS THE DEVIL CROSS THE BORDER AND ENTER INTO MY BEDROOM, HE ALSO ENTERED INTO MY BODY, AND COMMENCED READING MY MIND, AND TOUCHING MY PRIVATE PART, AND I HAVE REASON TO BELIEVE, IF HE WAS NOT IN THE TOILET IN 1994 LOOKING AT MY PRIVATE PART, SINCE HE ENTERED INTO MY BODY, AND HAS BEEN READING MY MIND, BY NOW, HE HAS BEEN IN THAT TOILET, AND, LOOKING AT MY PRIVATE PART!

The man who is the devil, “PERSONALLY” “BEFORE A FULL LENGTH MIRROR” introduced himself to me as “JEHOVAH”  he said, “I am Jehovah, My name is Jehovah, and I am here to help you!”

On many occasions the man who is the devil, also used to manifest himself to me in this mirror! 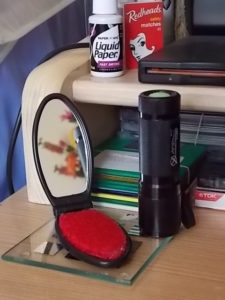 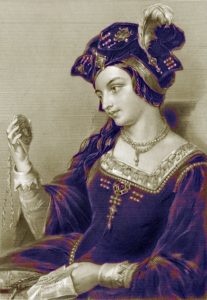 The man who is the devil, wanted my “Bible Studies” and the “First Place” he tried to get me to take them to, was: “The Anglican Church!”

The man who is the devil, in the early stages of our meeting “Manifested” himself to me in voice as: King Henry VIII. 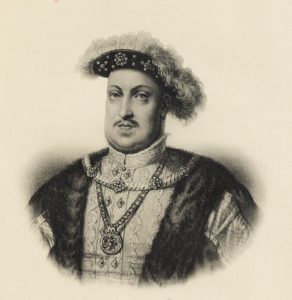 James I King of Great Britain & James VI of Scotland. 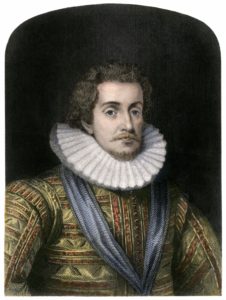 James I King of Great Britain & James VI of Scotland.Purchasedalamy.byNjRout10thMarch2021

James VI and I sponsored the translation of the Bible into English later named after him, the Authorized King James Version. See: Wikipedia!  **

JEHOVAH!  From the King James Version of The Bible!

Exodus 6:3 And I appeared unto Abraham, unto Isaac, and unto Jacob, by the name of God Almighty, but by my name JEHOVAH was I not known to them.

Exodus 6:3 And I appeared unto Abraham, unto Isaac, and unto Jacob, by the name of God Almighty, but by my name [(H3068)] JEHOVAH was I not known to them. 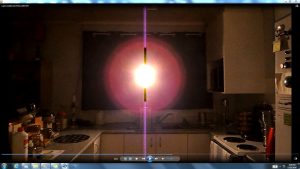 I had been suffering so much, and it was nice day, so I thought I’d go down to the Anglican Church, and attend the Service. So I rode my bike down to the Church and I went into the Church, and I thought I’d better use the Ladies Rest Room before the Service, so I walked down towards the Rest Room, and there is a type of hall, (corridor) there, and at the end of the corridor, facing me, there was a large mirror on the wall, and when I looked at the mirror, Jesus Christ was looking at me from the mirror, and he said, “Hello Noelene!” Well, I used the Rest Room, and left without looking into the mirror again, attended the Church Service and left.

Jesus Christ!
God of the world upon this earth! Luke 4:5,6

Any errors within any of my Webpages, Bibles Studies, Music, or Other Works are Definitely Not Intentional. Noelene Joy Rout. 10:21 am 10th March 2021