RAPE! THE KING OF FRANCE! God of the world upon this earth! FREDERICK LEWIS, Prince of Wales, Father of King George III of England. 1707 -1751. Thutmose III.

Before the Word of God, came into my  “Locked & Bolted Government Home” and called me to follow him, on the morning of the 12th of December 1994, I had said and done some things, and I had made up my mind about some other things!

Now the “INVISIBLE” man who is the devil, a man, “I HAD ABSOLUTELY NO DESIRE WHATSOEVER TO BE INVOLVED WITH” [DESIRE! Psa 37:4] entered in my “Locked and Bolted Government House” in the year of 2008, and he was moving around within the house, and eventually, he [whom, I now know, had had, my 1st my 2nd, and my 3rd husband’s in his snare!] entered into “MY” “NOT HIS” bedroom, where, [1 Peter 5:8] “SETTING ME UP FOR THE KILL” WITH MIRRORS, CAMERAS’ AND RECORDING DEVICES, HE ENTERED INTO MY BODY! But I don’t know what is going on!

Now he had put “Wires and Devices” into my body, and also into my “Private Part” but I don’t know this, I don’t know what is going on! Any way, I took him, who had manifested  as my father, in the mirror to meet another person in the house, however the other person did not want to know, so he, who should have, by now, left, did not leave the house. And eventually,”He, (not my father), [Some how the “invisible” man has changed, and it is not my father, now, but him, however, I cannot see him, and I do not know what is going on!”] “Touched my Private Part” so I took him to the Phone Book in the other room, and I opened up the Phone Book at Escort Agencies, and I said to him, “I am not that sort of woman, those type of women are over there!” However he did not leave! and, I don’t know that he has captured me in his snare, and he being “ONE” John 10:30 with my body, is now walking about with/in me, and he is able to hear, and read, my thoughts and mind! These are Criminal Offences being committed against me, but I do not know that Criminal Offences are being committed against me, because I don’t know what is going on.

Now he had manifested himself in my house immediately after the Word of God had called me, and I was drawn with “LOVE” to follow him, on the morning of the 12th December 1994, and at that time, it has now, after all I have been going through, taken me “26 years 3 months and 11 days” to realize, that he committed an act of “RAPE” against my person, in December of 1994 when he, unbeknown to me, “INSERTED A DEVICE INTO MY PRIVATE PART!” But I did not know that he had committed an act of “RAPE” against my person, until “26 years 3 months and 11 days later” and that is only a couple of days ago!

Now in 1994, he being in my house, and not in my body, manifested himself to me, after, I had been called by the Word of God, and he commenced CARRYING ON STILL IN HIS TRESPASSES [Psalm 68:21] and he started tempting me, and he wanted me to bow before him, worship him, and serve him, and he was offering me things to do that, however I did not accept his offers, and I did not choose to accept him as my god! Exodus 20:3

So, I got a mirror, that was about 12 to 14 inches long and maybe about 7 to 8 inches wide and I blue tacked it to the inside of my toilet door, and I removed my underwear, and I sat on the toilet seat, and I looked into the mirror, but there was nothing there, and I moved my hand around the area, but I could not feel anything with my hand, however, something was TOUCHING MY PRIVATE PART!

Now the Almighty God, or his Son, charged me with “CARRYING ON STILL IN MY TRESPASSES,” [I WAS NOT! I was looking for something!]  and I was [shot] wounded in the head, [Psalm 68:21] which made me sick for about 6 to 7 months,  and then, the Almighty God or his Son, allowed [combined with insanity, devils talking into, and tormenting your mind!] his “SEXUALLY SENSATIONLESS”  devils to “TOUCH AND FEEL AND ENJOY MY SEXUAL SENSATIONS” for a period of about 7 years! I believe those judgments that were executed on me. were “CRIMINAL OFFENCES” because I, in a manner of speaking was “CONDUCTING A MEDICAL INVESTIGATION” “I WAS LOOKING FOR SOMETHING, AND, I DID FIND SOMETHING” and for that, “I SHOULD HAVE BEEN HONOURED” and not “REWARDED IN THE MANNER THAT I WAS REWARDED”  by The Almighty God or his Son!

Now about 14 years later, in 2008, “THE INVISIBLE MAN WHO IS THE DEVIL, GOD OF THE WORLD UPON THIS EARTH Luke 4:5,6  is in my house again, and he is in “My Bedroom” within “My Body” and, he is in “My Bed” and I wake up the next morning in “My Bed” and someone [I don’t know who is speaking to me!] is talking to me, and the someone said, “You are not dreaming Noelene, this is really happening to you!” And the ” THE INVISIBLE MAN” started “TOUCHING MY PRIVATE PART“, but I don’t know what is going on, and I did, on more than one occasion, ask the person, to turn off the device please, [it or they, were vibrating!]

THE INVISIBLE MAN WHO IS THE DEVIL, GOD OF THE WORLD UPON THIS EARTH!

THE KING OF FRANCE! 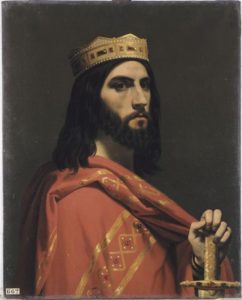 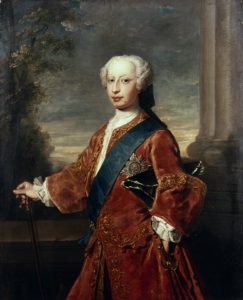 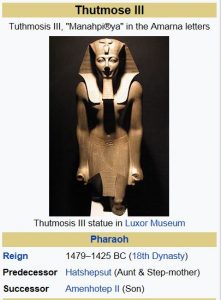 And the ”THE INVISIBLE MAN” who by this time, had become Pharaoh, Thutmose-III started “TOUCHING MY PRIVATE PART“, but I don’t know what is going on, and I did, on more than one occasion, ask the person, to turn off the device/s please, [it or they, the device was vibrating!]

Now this (invisible) man, [AND HE IS PRESENT AS A MAN, WHO IS IN MY BODY, AND WITHIN MY BED!] WONT STOP “TOUCHING MY PRIVATE PART! ” so eventually, after sometime, well, I did want to know what it was that was touching my private part, [Listeners & Readers! You know the old song, Que Sera Sera!] I said, (with the Kingdom of God within my body as well, but I am not thinking about that!),  “Well, I may as well, get bitten by the Serpent, to find an Antivenin!”]

So I have to get on with this relationship, and it turns out that this “Sexually Sensationless” man, and his “Sexually Sensationless” people, touch human private parts here and there, and they “Feel and Enjoy” one sexual sensation at a time, and these people actually fight and barter with one an other to “Feel and Enjoy” human Sexual Sensations, and they even get upset and fight one another, if another one of them “Feels and Enjoys” their Sexual Sensations, so I decide that I am going make “Packets of Love for the Almighty God” and to do this, I get to “Feel and Enjoy” and so too to do these devils, one of my Sexual Sensations at a time. But I am not the one who is operating this, or these devices! Anyway, this person tells me lots, and lots, of things about himself, and his men, and women, and other things, during this “Medical Investigation!”  Well, I am taking close notice of what is going on, and I do happen to hear what this person is telling me!

So this goes on for a while, and then I have to go! In other words, this “Medical Investigation” has to come to an end!

Now the penalty for what I did, were judgments executed on me, from the Almighty God, his only begotten Son, and even the devil, along with other devils, was allowed to get his hands on me, and hurt me, when I was, ” TURNED INTO HELL!“

Psa 9:17 The wicked shall be turned into hell, and all the nations that forget God.

However, I was only, “THE VICTIM OF CRIME!“

Now the man who is the devil did tell me, that this happens to people when they are called, and he said, that these people “Make Love” with him, and then they are put to death, i.e they get eaten alive by the devil, but their families do not know this has happened to them, and their families believe that they got into heaven! [The devil calls people he is eating alive, or has eaten alive, among other things, “The Living Dead!”

However I had absolutely “No Desire” what soever to be involved with (occultism) the devil, I did not want any men hanging around the place, I did not want to marry again, and I did not want to engage in sex any more, but since these events happened to me, and I was placed in this situation, that is how I dealt with this issue! 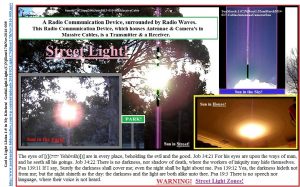 Psalm 24:1 A Psalm of David. The earth is [(יהוה)] Yehôvâh’s and the fulness thereof; the world, and they that dwell therein.

Any errors within any of my Webpages, Bibles Studies, Music, or Other Works are Definitely Not Intentional. Noelene Joy Rout. 11:25 pm 27th March 2021