The Messiah. Page 141 Chapter 198. When The Messiah was thirsty they gave him vinegar to drink. Page 1 Astronomy. Extraterrestials!

This book is “NOT” a copy of the Bible, this book contains, “Bible Studies!”

Earth Science. Biblical.
Astronomy.
Extraterrestials!
One. The Messiah and God were
198. When The Messiah was thirsty they gave him vinegar to drink. Page 1
Copyright (C) by Noelene Rout 30th April 2004 All Rights Reserved.

The Scripture.
My strength is dried up like a potsherd; and my tongue cleaveth to my jaws; and thou hast brought me into the dust of death. Ps 22:15 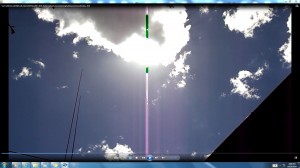 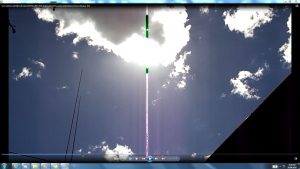 Gasp. G4682 σπαράσσω sparassō spar-as’-so Prolongation from σπαίρω spairō̄ (to gasp; strengthened from G4685 through the concept of spasmodic contraction); to mangle, convulse with epilepsy: – to draw out and beat, rend, tear, lacerate. [The breathing of a hunted or captured animal is spasmodic. Study G4685]

Any errors within my Bible Studies are DEFINITELY NOT intentional.

The Scripture with bracketed numbers of following Hebrew word and it’s meaning. Narrowed Down.
They gave me also [(head, highest part?); a poisonous plant, the poppy (from its conspicuous head); poison (even of serpents): – gall, a poisonous herb, hemlock, venom poison.] gall for my [food: – eating, meat. to select; to feed; to render clear: – choose, manifest, (give) meat, (cause to) eat, to eat. wheat, grain of any kind (even while standing in the field).] meat; and in my [thirst thirsty. to thirst : – (be a thirst, suffer) thirst, thirsty.] thirst they gave me [ vinegar: – vinegar.] vinegar to [to quaff, to irrigate furnish a potion to: – cause to (give, give to, make to, let,) drink, moisten, drown, (to) water. to influence, to become tipsy, (be, make) drunk (-en), be merry.)] drink. Ps 69:21

The Scriptures.
33 And when they were come unto a place called Golgotha, that is to say, a place of a skull,
34 They gave him vinegar to drink mingled with gall: and when he had tasted thereof, he would not drink. Matt 27:33,34

Please pray these prayers over myself, and also others, mentioned within these prayers. Thank you. Noelene Joy Rout.

34 Responses to The Messiah. Page 141 Chapter 198. When The Messiah was thirsty they gave him vinegar to drink. Page 1 Astronomy. Extraterrestials!