The Earth is whirling in the presence of the Sun as travelling in a loop it orbits the Sun.

.
The burial of The Messiah.

42 And now when the even was come, because it was the preparation, that is, the day before the sabbath, there came a rich man of Arimathaea, a city of the Jews: named Joseph, an honourable counsellor, and he was a good man, and a [righteous, etc.] just: who also himself waited for the kingdom of God. who also himself was Yehôshûa‛ Yehôshûa‛s disciple: but secretly for fear of the Jews, Mk 15:42,43..Matt 27:57..Lke 23:50..Jn 19:38

The Messiah was buried as the manner of the Jews is to bury. Jn 19:40

The body of the Messiah was wound in clean linen cloth (clothes) with about one hundred pounds of myrrh and aloes. Jn 19:39

Lazarus also would probably have been buried as the manner of the Jews is to bury. Jn 11:19,31,33,36,45,46 .. so, the body of Lazarus was probably rolled up in sindon (linen, fine linen, linen cloth, or muslin) with about one hundred pounds of spices.

When the Messiah  asked Lazarus to come forth, Lazarus came forth (walked outside of the sepulchre, and his hands and his feet were bound), bound hand and foot with graveclothes: and his face was bound about with a napkin.

Lazarus body, and his hands and feet were probably bandaged like a mummy with linen or muslin bandages, making it possible for him to use his limbs (arms and legs) to walk and feel his way outside of the sepulchre. The towell about his head may have been made of muslin, that way he would have been able to see the light that was shining into the sepulchre, and find his way outside.

The Messiah’s body, and also his legs and arms were probably bandaged with the spices, like a mummy, with linen or muslin bandages, and his face was probably bound about with a muslin towell.

44 And Pilate marvelled if he were already dead: and calling unto him the centurion, he asked him whether he had been any while dead. Mk 15:44 [The last time Pilate The Governor [& judge G2233] saw The Messiah he was alive; it was round about the time when he, Pilate, nailed “The Messiah’s accusation“ upon the instrument of capital punishment. ]

55 And the women also, which came with him from Galilee, followed after Lke 23:55

39 And there came also Nicodemus, which at the first came to Yehôshûa‛ Yehôshûa‛ by night, and brought a mixture of myrrh and aloes, about an hundred pound weight. Jn 19:39

59 And when they had taken the body of Yehôshûa‛ Yehôshûa‛, and wound it in clean linen clothes with the spices, as the manner of the Jews is to bury. Matt 27:59..Jn 19:40

41 Now in the place where he was crucified there was a garden; and in the garden a new sepulchre, wherein was never man yet laid.

42 There laid they Yehôshûa‛ Yehôshûa‛ therefore because of the Jews’ preparation day; for the sepulchre was nigh at hand. Jn 19:41,42

55 And the women also, which came with him from Galilee, beheld the sepulchre, and how his body was laid. Lke 23:55

1 The first day of the week cometh Mary Magdalene early, when it was yet dark, unto the sepulchre, and seeth the stone taken away from the sepulchre.

2 Then she runneth, and cometh to Simon Peter, and to the other disciple, whom Yehôshûa‛ Yehôshûa‛ loved, and saith unto them, They have taken away the Lord out of the sepulchre, and we know not where they have laid him.

4 So they ran both together: and the other disciple did outrun Peter, and came first to the sepulchre.

5 And he stooping down, and looking in, saw the linen clothes lying; yet went he not in.

6 Then cometh Simon Peter following him, and went into the sepulchre, and seeth the linen clothes lie,

7 And the napkin, that was about his head, not lying with the linen clothes, but wrapped together in a place by itself.

8 Then went in also that other disciple, which came first to the sepulchre, and he saw, and believed. Jn 20:1-6

How was the body of The Messiah wrapped?

41 Then they took away the stone from the place where the dead was laid. And Yehôshûa‛ Yehôshûa‛ lifted up his eyes, and said, Father, I thank thee that thou hast heard me.

42 And I knew that thou hearest me always: but because of the people which stand by I said it, that they may believe that thou hast sent me. 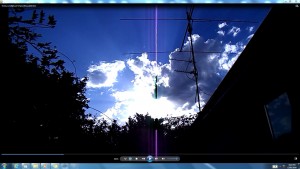 43 And when he thus had spoken, he cried with a loud voice, Lazarus, come forth.

44 And he that was dead came forth, [deo, perideo..wind, bind, bind about, bind around, tie, knit] bound hand and foot with [keiriai..grave-clothes, swathe, winding sheet, bandages] graveclothes: and his face was [perideo..bind about, bind around] bound about with a [sudarium, soudarion..handkerchief, napkin, sweatcloth, towel, towel used for wrapping the face of a dead person] napkin. Yehôshûa‛ Yehôshûa‛ saith unto them, Loose him, and let him go. Jn 11:41-44